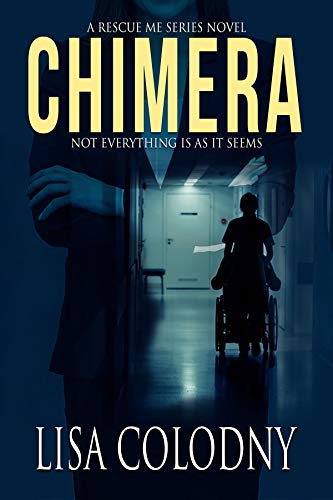 A chimera is an illusion, an idea of something that can never be. In mythology, the pseudo-creature has the head of a lion, body of a goat, and a serpent’s tail spliced together into a freak of nature without a purpose or plan. Under the watchful eye of a scientist in a lab, it is a genetic anomaly who presence exists as a contradiction to mother nature herself.

When Catherine Masters, a tenured risk manager for one of North Carolina’s largest and most
successful healthcare systems, begins to suspect that everything is not as it seems, she enlists the help of her longtime friend and pharmacy director, Dr Ryan Allen, to sort through past and present
conspiracies that identify facts from fiction and separate lies from the truths.

After they uncover a terrible secret involving murder and corruption at the highest level of the corporate command, they find their lives and the lives of those they love in compromise and that everything at the hospital is not as it seems. After several prominent physicians die under suspicious circumstances, they fear no one is safe from the sins of the past and enlist the aid of the FBI, only to discover the FBI may be collaborating with the conspirators.

Will they find their way through the smoke and mirrors of a corporate structure where nothing is as it seems and everyone is expendable to promote a secret agenda hidden in plain sight between lies that span over fifty years.

Chimera is a story of truths and lies, betrayal and loyalty, as well and love and hate that, like a chameleon, can transform in appearances and intensity. Sometimes it’s able to blend into the environment, virtually invisible and at other times, it stands out on its own, like a beacon in the night.

Catherine and Ryan will, at the very least, be forced to look deep inside themselves and discover the chimera that lives in each of us to save themselves and those they love from being sacrificed for the sins of the past.

Purchase the paperback from Amazon!