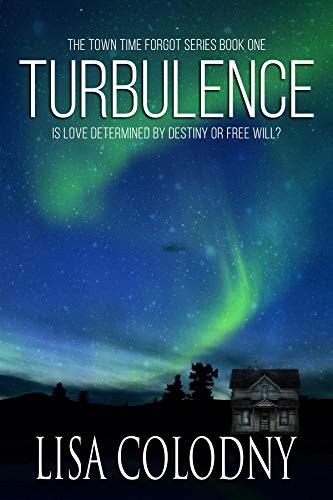 Have you ever considered what it might be like to go back to another place or time? If you could what event or events might you like to participate in or be witness to? How might you, a child of technology, adjust to a world without indoor plumbing, public transportation, personal hygiene products, conventional foods like ice cream / pizza, and many other conveniences so easily taken for granted and realize Marty McFly isn’t coming to transport you safely home?

That’s exactly the predicament US Marshal Devon McKenzie and NYPD Chris Gates find themselves in after a routine prisoner transport from NYC to Washington State goes horribly wrong as they pass through the countryside of rural Nebraska canvased against the night sky of the Aurora Borealis.

In The Town Time Forgot: Turbulence they struggle with adjusting to their new life in 1869 pretending to be a married couple after being rescued by a gentle family, a task further complicated by the animosity between the two as well as the violent, turbulent times of our Nation’s history and a violent attack on Devon by a corrupt Deputy. They work to rebuild their lives and gradually immerse themselves into being members of the community while at the same time cope with the reality that they may never get home to their family, friends and the lives they left behind.